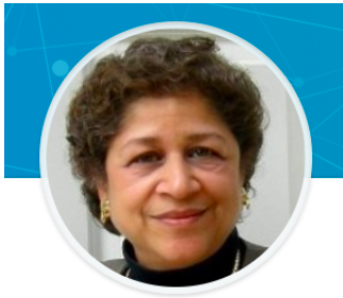 Rupa Bose, an IIM A alumnus, is a consultant, specializing in international business who frequently blogs at http://rupabose.com/

In the 1970s, India’s economy was growing 3-5% annually, and most opportunities were abroad. Perhaps half of our IIMA class has been overseas for at least some part of their careers. Many intended to go back to India; but most have not.

What makes a return so difficult?

Two things: we’ve changed, and India has changed.
The Delhi I grew up in and left behind was a sort of idealized bucolic place that exists in my memory, and may never actually have been. Bombay – not Mumbai then - was exciting and artistic, vibrant and accessible, a desi distillation of New York. India is even more exciting and vibrant now. Like many NRIs, I love visiting India, seeing friends, family, the sights, chasing down memories.

What stops us moving back?

The overwhelming irritations of inconvenience and pollution? Living in India, it was taken for granted that we’d cope with water shortages, power shortages, dirty air and streets, and poverty around us. It was part of the texture of life. Nowadays, it’s more crowded, with more pressure on the infrastructure, and the traffic problems traditionally associated with Kolkata are now true of every major city. Having lived away for so many years, it does bother me. I don't want it to, but until I’m acclimatized again, it will.

The differences in how things get done?

Connections, facilitation payments, ways to beat the system, ways to cope. Many I spoke to said it's only getting worse. I’m not trying to make an ethical judgment. Every society privileges certain ways of doing things. But it means re-learning a cultural language of coping, rebuilding the network of connections that allow effective functioning.

Our children, growing up here, are not Indian kids. They may decide to live in India; I know some who have. But more likely, they identify as American, and don't want to move. They have lives here, and commitments.
Sometimes, I wonder about a parallel life in which we never left India, never became de-acclimatized. A part of me is forever lodged in Delhi and Mumbai, whether the real city or the imaginary ones. Then again, I've loved and left a number of cities all over the world. Perhaps one of the issues of moving worlds is a permanent state of mild nostalgia.