1. Can you talk about your journey so far and your choice of career?

After graduating from IIT Delhi in 1981 and IIM-A in 1983, I worked for some time. After getting my Ph.D. from MIT in 1990, I started teaching in IIM-A and then in IIM-B, where I was also the Dean (Academics) until recently.
I liked academia as a career because it is not as time consuming as most corporate jobs and hence affords me a lot of flexibility to do other things that require time. I have an opportunity to interact with young, bright minds of this country who will be defining the future. Being an academic also gives me a lot of credibility with the political system who see me as someone with a plan and a strategy, and also the media and public who take us more seriously as change agents and not just a slogan-chanting activist.
We started the Association for Democratic Reforms in 1999 with an aim to reform electoral and political system in India.

2. How does Association for Democratic Reforms (ADR) work towards its aim of reforming the system?

We work through a multi-tiered network of NGOs, Election Commission and Media. We use all different modes of media to reach out o the relevant audience – print as well as TV, in both English and vernacular languages.
We have a partnership with a lead NGO that partners with other grass root NGOs. Through National Election Watch, we try to make sure people see the criminal and wealth records of all candidates. We have press conference before every election, we travel around, use SMS campaigns and encourage small NGOs to reach out to people.
Our main strategy is to increase public awareness. We are aiming to change the system by changing the rules of the game, which includes things like increasing the power of the Election Commission, bringing about changes in laws, publishing research reports and reaching out to people across the country.
We have support of eminent citizens, such as former Chief justices, Army heads, Cabinet secretaries, Director Generals of Police, society leaders and so on. This adds credibility to our mission, and helps us get people’s attention. Our Aamir Khan promo got translated in 12 languages and was very helpful.
The missing piece is backing from big and well-knows corporate houses, which is something we are working on right now.

3. There are many social issues in India. Why did you choose this as your mission?

Corruption and bad politics is something that impacts everyone. Wherever you look today, people in India are disappointed with the governance. There are huge scams one after another. There is a lot of resentment and general feeling that the country is being held back coz of corruption and politics. People are not able to realise their potential, and are unhappy. This is a dangerous thing for a society, especially with such large young and restless population. It’s time people took responsibility for electing wrong people to govern them. So we decided to start at the beginning of all problems – electoral reforms.

4.  Being away from India, can NRIs still contribute to your mission?

NRIs today are more and more integrated with what’s happening back in India. They are aware of the issues and latest scams. You can choose to actively contribute by helping your own awareness, and spreading the awareness about our organisation and our mission. People with access to influential people in corporate and other sectors can help open doors for us, where sometimes we get stuck. Compared to what politicians spend, we have a small budget of around $150,000 a year, and we can always use help with fund raising. For more hands-on involvement, we welcome interns and volunteers who are willing to devote their time.

5. Who do you draw your inspiration from?

Most of my inspiration comes from people in India. These are the people who have built the India that we call shining today – Mahatma Gandhi, Vivekananda, Bhagat Singh and their peers. We owe a lot of what we take for granted as India to such people.
I would also like to say here, that many of us get inspired from same set of leaders. The challenge is to put this inspiration into action and make a real difference whichever way we can.

6. What final thoughts would you like to leave behind with the readers?

I want people to realise that doing something meaningful is not necessarily blood and sweat and sacrifice. It can be a lot of fun as well. Instead of being boring or grim, there is nothing more fun than making a difference to other people’s lives.
Also, it does not take all your time. You can be involved in activities like raising awareness, raising funds, giving introductions and so on, without any sort of impact on your current life. And if one has more substantial interest, there  are various ways to get involved – you can join us for internship, sabbaticals, give time when you travel to India etc. 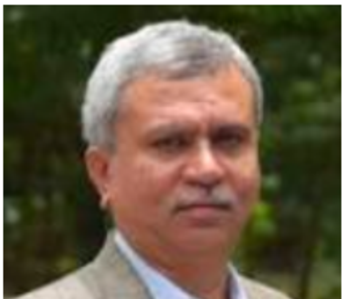